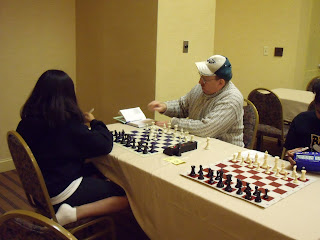 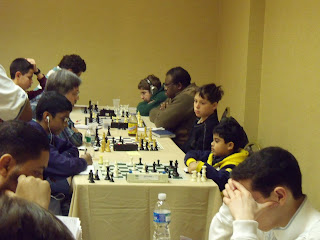 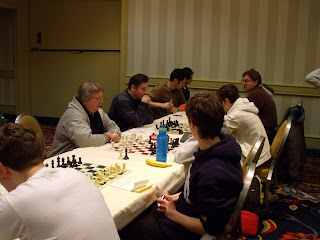 Here are three more photo's that Kevin C emailed me recently that I specifically asked for so that I could post them on my Chess Blog.

Participaton at the 2009 Liberty Bell Chess Tournament was slightly larger that last year which allow the prize fund for each section to be increased by 23 % or so per the Tournament Directors.

The only downside of winning is that if you are in a three or fourway tie for first or second place the prize fund is split that many ways, which is only fair to all for those who win, place or show in their individula sections. It is very difficult for clear first winners.

In some of the higher rated sections six points was clear first and second place one needed at least 5 and half points from playing seven rounds of tournament chess, not an easy task. Those who scored five points or less were out of luck for winning any part of the prize fund.

Lesson learned, play to win all your games in any of these Swiss Tournaments, don't acccept any draw offer unless you are in a losing position or your position is completely lost.
Posted by Diamondback at 8:14 PM