In the actual game at Hamilton Quads on July 27, 2013 in the Class A section White's 45th move was RxRf6+, immediately thereafter Black resigned. Can Black draw this game after Whites takes Black's rook check ?
Posted by Diamondback at 7:07 PM 1 comment:

Black to Mate in Three

Here is the position as Black on the move. I had one second to figure out mate in three. Unfortunately, my clock expired in this 3-minute game. Note that White moves his Queen on move 17 and white's queen is sitting out in left field the whole game, until he moves it back to its starting square d1. In effect white was playing the game a queen down from move 17 until the end of the game. Black to move and Mate in Three 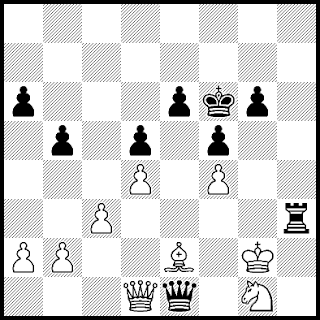 Three minute game below as played out on ICC with time control of three minutes.
Posted by Diamondback at 2:00 PM No comments:

A Legend on the Road by John Donaldson 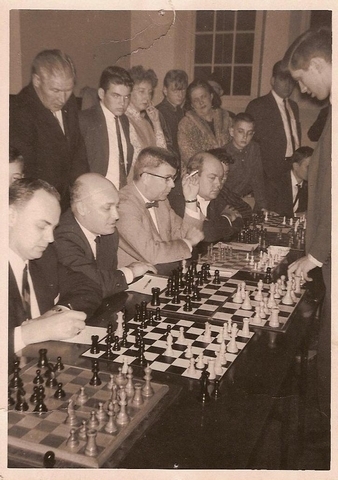 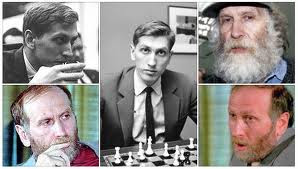 Posted by Diamondback at 3:02 PM No comments:

I welcome any amateur chessplayer rated USCF 1200 up to Expert level to email at diamondback1529@yahoo.com some ICC blitz games or over the board skittles games that I can post on my blog. I am keenly interested in games from New Jersey, Pennsylvania, New York, and Washington D.C. Also any chess player on the West Coast is welcome to email games. I don't necessary need any extensive analysis of your unrated over the board or ICC games. What I am looking for are games with great tactics and surprise checkmate......Diamondback

The major theme of this chess blog is "Chess from the Amateur". Here are some of my most recent ICC blitz games. Be forewarned that some of these games are very shallow and my opponents were making blunders left and right.
Posted by Diamondback at 2:12 PM No comments:

Resigning a Chess Game Too Early

Here is a standard fifteen minute game that I played on July 1, 2013 on the Internet Chess Club. The first twelve moves were played in under five minutes. My opponent playing the white pieces lost the exchange. Stockfish an android chess analysis program only gave Black a three point advantage. There was still more left in this game to play rather than resigning.
Posted by Diamondback at 3:19 PM No comments:

Queen and Pawns vs. Rook and Knight

Here is a very recent ICC standard game that I played. The time control was fifteen minutes with a three second increment for each month made. Obviously Black is much better in the endgame. My opponent resigned realizing that White has too many pawns and a Queen vs. his lone rook and knight. But if I was White playing down in the endgame, I would have played on to the biter end. Only because Black can make a mistake and perhaps lose his Queen somehow. The first chessboard game is from the actual game. The second chessboad is Endgame analysis using an online endgame database Nalimov Endgame Tables. using a maximum of six pieces which are for Black: King, Queen and A pawn and for White: King , Knight and Rook. Nalimov Endgame Tables.
Posted by Diamondback at 4:05 PM No comments:

George is of Holland descent and has the Dutch fighting spirit in his blood. But unfortunately in this game played the year 2008 in Hamilton Quads against NJ upstart Kimberly Ding , who is now rated in this year 2013 around 1978 with a floor rating of 1800, young Kimberly was on a King Hunt that day in July 2008. I did play Kimberly just about the time she was just starting out in chess and I was sitting on my hands the whole game but managed to win that game.
Play Online Chess
[Event "Hamilton Quads"]
[Site "Hamilton"]
[Date "2008.7.19"]
[Round "2"]
[White "George W Radshewsky"]
[Black "Kimberly Ding"]
[Result "1-0"]
[WhiteELO "1526"]
[BlackELO "1472"]

Here is a very recent blitz chess game on ICC, that I played. Please be advised this is a very ugly game played by my opponent, in fact he fell asleep at the switch. I rarely learn anything from my blitz games that I play OTB, but sometimes on ICC, I go over my blitz games even the games that I win to learn from all my mistakes. Enjoy this short game that my opponent led me step by step to victory !......diamondback .... NB I do not take Blitz chess as serious chess at all, in fact Blitz chess is not real chess, but one can learn quick tactics and time control from Blitz chess.
Posted by Diamondback at 4:46 PM No comments:

Posted by Diamondback at 3:59 PM No comments: 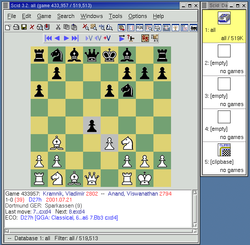 Here is a resurrected game, that I played in May 2010 Hamilton Quads. From time to time, I do look at chess and only play online with the Internet Chess Club. I only play standard long games on the ICC online chess club under my user name " diamondback". Its been two long years since I have played over the board chess and I am contemplating stopping by Ewing Chess Club, New Jersey to play in their quads very soon. Here is the crosstable of April 2013 Quads at Ewing Chess Club and one can see many names on the Ewing crosstable that also frequent the Hamilton Chess Club Quads. One name that appears on serveral occassions at Ewing CC Quads is Atomic Patzer. Maybe Atomic Patzer will post some games or pictures of Ewing Quads on his chess blog soon. Hopefully, some of the regular heavy hitter New Jersey masters who show up religiously at Hamilton Chess Club Quads will play in the Ewing CC Quads sometime. Directions to Ewing Chess Club Quads in New Jersey.
Posted by Diamondback at 3:01 PM No comments: 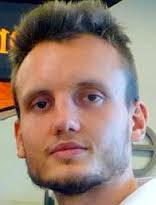