Posted by Diamondback at 7:35 PM No comments: 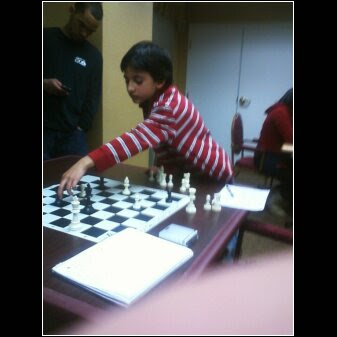 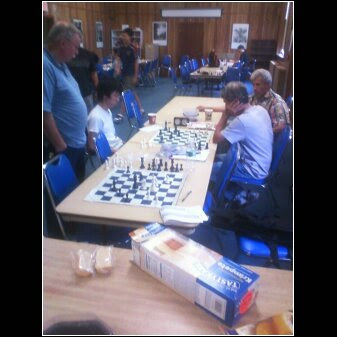 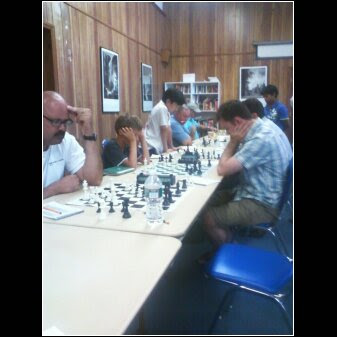 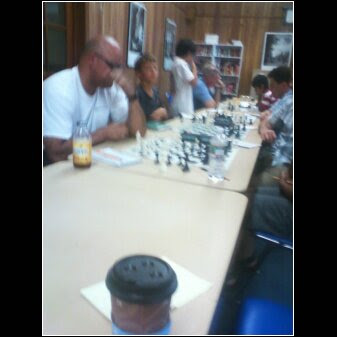 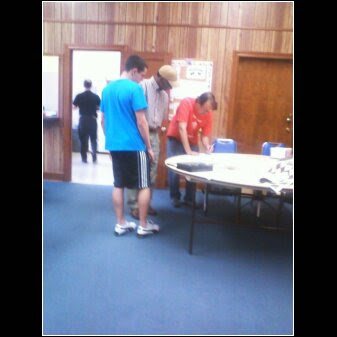 Posted by Diamondback at 11:59 AM No comments:

Yesterday I played at the Hamilton Chess Clubs Quads in the Six Man Swiss, the top seed was rated 1400 who I was paired up in the second round as white and was very fortunate to win this game which allowed me take second place in the Swiss event and drive away with some prize money in my pocker.

My opponent was a ten year old rated at 1400 USCF and he had me on the ropes in the middle game but did not find the right moves to finish me off. Instead my opponet allowed some breathing room and I was able to activate my dark square bishop which assisted in a bishop and rook mate pattern to end the game.

Here are some games from the Free Internet Chess Server from various amateurs.

Experience team fights back with 3-2 win 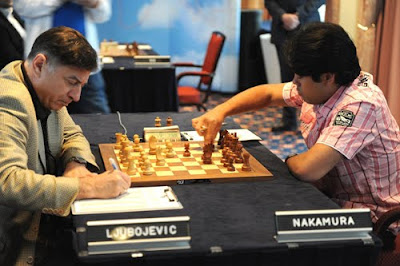 In the sixth round of the NH Chess Tournament the Experience team defeated the Rising Stars 3-2. Boris Gelfand had a relatively easy day against David Howell, while Loek van Wely scored his first point for the Experience team in his 16th attempt. Hikaru Nakamura limited the damage for the Rising Stars with a win over Ljubomir Ljubojevic.
The NH Chess Tournament takes place August 12-22 in hotel Krasnapolsky, in the heart of Amsterdam, The Netherlands. As always, the tournament is a confrontation between a team of five young ‘Rising Stars’ and a team of five ‘Experienced’

In the second round of the NH Chess Tournament the Rising Stars team took the lead over the Experience team thanks to a win by David Howell over the luckless Ljubomir Ljubojevic. The other four games were drawn, which resulted in a 3-2 win for the youngsters. The overall score after two rounds is 5½- 4½ in favour of the Rising Stars.
The NH Chess Tournament takes place August 12-22 in hotel Krasnapolsky, in the heart of Amsterdam, The Netherlands. As always, the tournament is a confrontation between a team of five young ‘Rising Stars’ and a team of five ‘Experienced’ grandmasters.
Posted by Diamondback at 3:34 PM No comments: