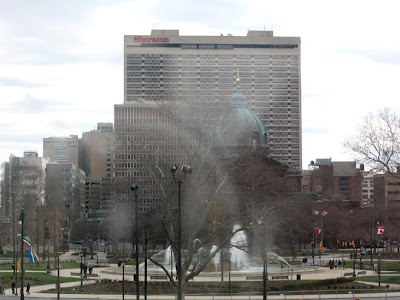 
The first chess flash diagram below, is my last round game at the Liberty Bell Tournament sponsor by the Continental Chess Association.

The second Chess Flash diagram is an Endgame analysis if Black did not blunder by taking the B pawn. But White pushes thru and queens anyway.

Endgame Analysis if Black does not take white's B pawn.

Entering this last round I had four and a half points (4.5 pts). This was a must win game for the seond through fourth place prize money. I got lucky with a lot of help from my opponent

My opponent was Vijay , a 10 year kid , who played tenaciously for a draw as Black througout the game. My opponent decided to break thru the center in the middle game and put pressure on the G files with his rook towards my King.

I controlled the C file with both rooks and counter played on the queenside. After the center was completely gone, my opponent decided to King walk and chased down my King side pawns which was not good strategy on his part because I locked up his King on the H file. Using my King , I was basically a piece up and took after his queenside pawns with my Rook and King.

At this point the game was a dead draw , so I decided to swindle my opponent by setting him up to take my B pawn with his rook , which if he does take the B pawn he would lose his rook by my King moving and attacking it and in the process releasing a deadly discover check on his king from my rook on the same rank.

Some would say this was a blunder on Black's part but I believe it was a swindle because I moved my rook up next to him trying to entice my opponent to exchange which would have been unbenificial for him, so he did the next best thing by taking what he thought would be a free pawn.

Just a few notes , the Liberty Bell tournament took place at the Sheraton at 17th and race streets in Philadelphia, PA

Posted by Diamondback at 9:11 PM