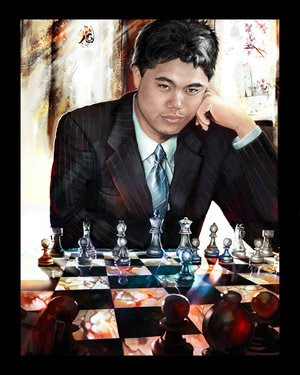 
That wild card is Hikaru Nakumura current U.S. Chess Champion. He already has 3 1/2 points coming out of the three day schedule event. Since tomorrow is the Fouth of July it is only fitting that Mr. Hikaru Nakumura set off the fireworks on the chess board at the World Open.

Will this be a showdow between Nakumura and Shabalov ? Time will only tell in the last round of the World Open.

All GM's listed below now have four points each after five round of phay.