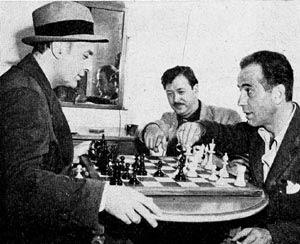 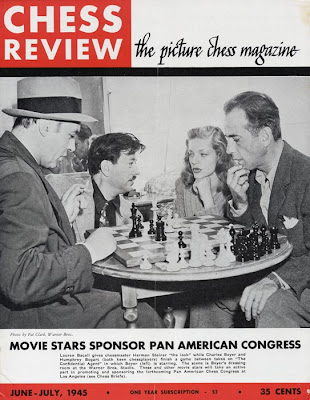 It turns out that Bogart was a very accomplished chess player as well. (Bogart's rating would probably be equivalent to modern 2100.) His 1951 chess game that you located in the ChessLab's database was played against the actress who played leading roles opposite Bogart in several movies and who also became his wife.
Posted by Diamondback at 1:20 PM