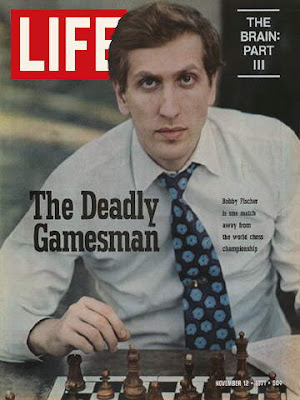 
Bobby Fischer Bio At Wikipedia
Posted by Diamondback at 1:48 PM