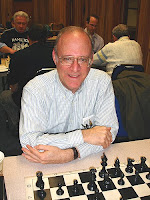 This is the site address for the Unofficial Hamilton Chess Club Web Page located in Groveville , New Jersey.

Currently , this web page is maintained by Victor, a Club Member who is expanding and is improving this site on a daily basis.

To the best of my knowledge, this is a one man show updating this web page about Hamilton Chess Club but if Victor ever needs helps updating info to be posted, I would be more than happy to assist him. My email address is diamondback1529@yahoo.com. Victor if you read this post just shoot me an email if you need any help.

This site is current for the past club events posted under the tab "Recent Results".

Below are some links that will redirect to parts of the Unofficial Hamilton Chess page.

Also some excerpts taken from that web page.

The current results for the January 2010 Queens Gambit Thematic Tourny are posted at this web page: sites.google.com/site/hamiltonchessclub.

The Hamilton Chess Club is located in Groveville near Hamilton in central New Jersey.

The Club meets Wednesday evenings from 7:30 pm till 10:30 pm in the Ray Dwier Recreation Center. Men, women, and children are all welcome. Events are held throughout the year. (Results of recent events are posted on a separate web page.) Skittles are played every week. Dues is $10 per year.

Wednesday Events
2010 Wednesday Evening Events
All events start at 8:30 pm, except for the Turkey Shoot Out which starts at 9:00 pm.

January 27
Volunteer for Committees and Election

Event dates are subject to change.

All other evenings are Position Night. Those participating play a closely rated player on the Club Ladder.

Skittles are played every Wednesday.

Quads are held on the third Saturday of each month.

The Tournament Director is Ed Sytnik.

Please don't forget the meeting on Wednesday, February 3, 2010. That's the final date for volunteering for committees and for the election of officers AND the Club Championship Tournament begins.


Each year the Hamilton Chess Club enters a team in the U. S. Amateur Team East Championship held during Presidents' Day weekend in Parsippany, NJ. In addition, several members of the Club play as a team in the Garden State Chess League.
Posted by Diamondback at 4:26 PM No comments: 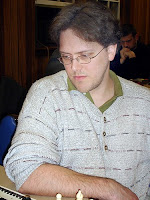 Some Analysis Of My Round Two Game At Hamilton Quads On January 23, 2010

Here is some light analysis, that I went over in the Analysis board at www.chess.com of my round 2 games with "The Kid" at Hamilton Quads on Saturday , January 23, 2010.

I was thinking for White's Move 18... move my Knight to C6 instead of taking Black's Bishop on E6 but it seems this turns out worse for white.

Here is the Analysis and the orignal game is below it.

Posted by Diamondback at 6:54 PM No comments: 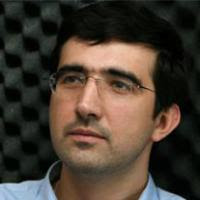 Vladimir Kramnik (pictured) had to play accurately in the early stages against Nakamura's Dutch defence, but he emerged unscathed and fought back for a memorable and deserved win.


Posted by Diamondback at 4:47 PM No comments: 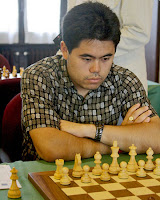 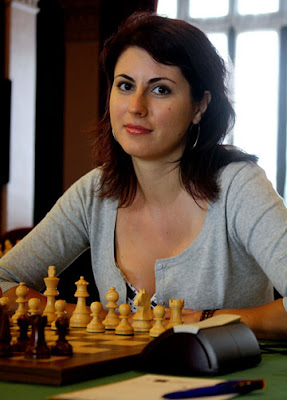 Posted by Diamondback at 6:44 PM No comments:

Trashed At Hamilton Quads In Round Two By The Kid

Here's my second round game at Hamilton Quads on Saturday January 23, 2010.

I played white hoping for the Reti Exchange which I like as White. Thinking this kid lost his first round and that I was well rested after my 25 move draw in round one , I would be fresh and also be better off to win this game since I received the White pieces. Never Happened ! I was outplayed and outgunned, and shot myself in the foot at the same time. I was Not even seeing the same follow up variatons that my opponent was able to produce in counter play.

Maybe after move fifteen, I should have offered a draw just to psyche him out. I was told by Dion after the Quads , this game is psychological and that Pyching out your opponent, plays a large part in winning.

I can honestly say this is one of the few games I will commit to memory. because the Reti Exchange/ transposing into the Slav/type Queens Gambit is what I need to be part of my opening repertoire. I also notice the Class C players and below were all playing some type of Queens pawn opening for the most part at this Quad.

Hopefully when I get the Black side of the Sicilian down completely, I will venture pushing the E 4 pawn up two spaces.

Here is the complete game, which I did not relish playing at all.
Just a side note, Black played his light square bishop on move 8 to F 5
not on G4 as in the chess playing diagram.


Posted by Diamondback at 11:54 AM No comments:

Here is my third round game that I played at Hamilton Quads in Groveville, New Jersey on Saturday , January 23, 2010. What interesting is that my opponent was the number one seed, rated at 1361 pts and this was a Swiss event for the lower rated players because the odd number of players rated below 1375 pts. (Class D )and the six remaining players could not form two final Quad Sections.

This game was played fast by both of this in about in one hours total time for both of us.

I have played John C. about 8 games total throughout the past two years and I have the better winning percentage about five wins to three losses.

At this quad event there were many new faces all of which were under the age of fourteen years in all rating classes. Suprisely , half of the youngsters were girls, and all of them were class B and higher in ratings. One of the girls, her first name was Maryka , class B player under the age of twelve years tied in her Quad Section and as I was leaving she was kicking butt in her last round agains an old timer Class B player.

Below is my help mate game, which and should have been played better by myself even though it was a win. It's not just enought for me to win , I must win by playing efficent and exact moves in my chess wins.

Posted by Diamondback at 10:55 AM No comments:

GM Alexander Shabalov talks about his first tournament victory of the year at the 2010 Liberty Bell Open.

The Scoop on GM Alexander Shabalov from DIM mak films on Vimeo. Posted by Diamondback at 7:34 PM No comments:

The Reti Gambit, Surpise Weapon Against The French This gambit is played by white to completely throw off your opponent, who is booked up on the French defense.

I have not used this weapon yet in tournement play only because I have only been recently exposed to this unique gambit within the past few days by overhearing a discussion on this gambit in the skittles room at the 42nd Liberty Bell Open in Philadelphia, Pennsylvania,on January 16,2010, and also because I'm am collecting a mulitude of games on this opening from Chessbase to get both viewpoints from White's and Black's perspective.

This game below in Chess Flash format shows White's treatment of the Reti Opening and the usual move order by White.

Chances are that if you take up the Réti Gambit, many of your opponents (if you are below master level) will be totally unfamiliar with it, much to your advantage. A while back Tim McGrew, in his “Gambit Cartel” column for Chess Café, wrote an article on the opening entitled Terra Incognita, that is, “unknown territory.” He tried an “experiment” – without studying or even playing over any complete games, he tried 1.e4 e6 2.b3 to “see whether just by disorienting my opponents I could achieve interesting and playable positions.” He was quite happy with his results. Imagine how well he would have done had he known the details of the opening…

The Fascinating Réti Gambit is published by Lulu, a print-on-demand publisher, which means that the author did all of the manuscript preparation, layout, editing, etc. himself. That is a lot of long, hard and tedious work. (Anyone who doubts this has never done it.) Yet the layout and use of white space, diagrams, fonts, bolding, and the occasional underlining make the book very readable – and I recall finding only one typo, which is rather amazing. The Index, as noted, is very helpful, and the list of Sources (i.e. Bibliography – yay!), inclusive.

Here is the first part of a Six Part You Tube video on the Reti Gambit, along with links to the other parts of the same chess video produced by Taljechin.